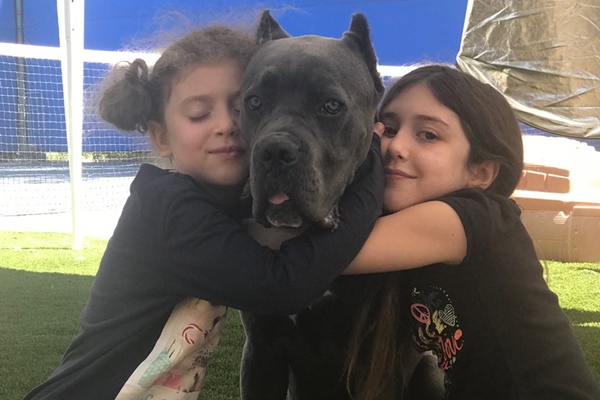 Cane Corso started out as a war dog, he fearlessly attacked enemy fighters and was often wounded and killed in battle. The dogs were also selected as puppies and from an early age they would train the dogs not to be afraid and help them develop high self-confidence. The dogs had a variety of roles in the routine as well, they carried carts, functioned as guard dogs and helped maintain the morale of the fighters.
After being discharged from the military, Came Corso began a favored job in agriculture, security and the other roles of liberated fighters.

Cane Corso – The Origin of Race and History

Cane Corso was born in Italy 2000 years ago and has not changed much since then. At first there was a war dog who served the Roman legions. He was then used as a hunting dog to live in Italy, such as bears and boars. He also served as a watchdog and also as a shepherd dog.
In the 1970s, the dogs almost disappeared and only after much effort by the breed lovers, did the canana Corso remain with us, but it is a little different from the dogs of the last century.
In the United States, the dog arrived in the early 1990s and quickly became a popular breed in the country.

Big and sturdy dogs are hard to miss and so are war dogs – they are impressive size that can deter big thieves too.
His body is large and muscular, his legs are strong, his head is square and large, and his tail is short. The fur is short and bristly and comes in black and mottled colors.
Weight: 36-70 kg
Height: 62-72 cm

The impressive size of Cane Corso does not tell about his special character, he is gentle and intelligent and knows very quickly what he wants from him. It is easy to teach him the new commands and he will be the outstanding apprentice of the discipline exercises.
These dogs have physical intelligence and they know how to exercise their bodies. They are not as luminous as other large dogs.

These dogs can be dominant and not everyone can work with them – need an assertive practice that is not afraid of the dog. Assertiveness is not about gender or age but about character – many women control dogs much better than men.

Cane Corso fur is short and brushing once a week will suffice. Beyond brushing, fur needs to be kept clean and moist cloth can occasionally be moved.
If you want to maintain your dog’s impressive external shape, you should maintain regular exercise. Inactive dogs will become obese dogs and no joy of life.

These dogs are 2000 years old and only the best dogs have been bred, so these dogs are healthy – as long as they maintain daily exercise and proper dog food.
These dogs suffer from pelvic and joint dysplasia, skin problems and heart disease.

Cane Corso is a demanding dog he demands to play every day and he will not play if the owner does not cooperate with him. Games with these dogs can easily get aggressive and dogs can forget it’s a game. In a situation where you recognize that the game has become gods you can stop and return to discipline exercises that will calm the dog.

These dogs are strong and big and need special equipment to hold them, while buying tell a seller in the store that you have a Cana Corso and will already fit you with strong equipment that fits your dog.
Cane Corso has a healthy appetite and will eat all the dog foods you serve.

Scores for a Cana Corso dog